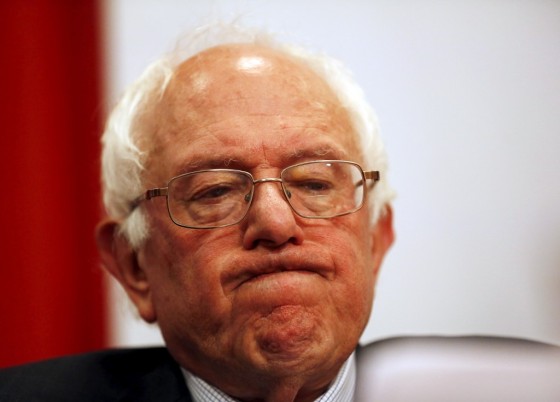 Nate Silver reminds us that we should ignore vague discussions of the ‘momentum’ behind Bernie Sanders’ campaign and focus on the numbers:

So Sanders is doomed? If he doesn’t beat these polls, then probably yes — Sanders is not going to win the Democratic nomination if he’s losing Ohio by 13 percentage points. And if Clinton has a really good night on Super Tuesday — by winning Massachusetts, for instance — that would take almost all the suspense out of the race….

His polling in the Super Tuesday states looks pretty bad, even after allowing for the fact that they aren’t a great set of states for him. Still, follow the numbers in these states and not the talk about who has “momentum.”

I’m trying hard to avoid my #election2016 posts sounding like a paean to fivethirtyeight.com but these guys really do know what they’re talking about.

‘The cruelties and obstacles of this swiftly changing planet will not yield to obsolete dogmas and outworn slogans. It cannot be moved by those who cling to a present which is already dying, who prefer the illusion of security to the excitement and danger which comes with even the most peaceful progress.’

Back in 2008, when I had a bit more time on my hands, I completely geeked out on the US presidential election. I followed the news obsessively, read election blogs and even played with an interactive electoral college map on a regular basis. At the time Nate Silver was relatively unknown, but became famous, along with his 538.com website, for using big data to more accurately predict the result than anyone else. In 2012 he picked the margin of Obama’s win almost exactly, as well as 50 of 50 states.

I’ve been surprised not to see his commentary more front and centre this year. Part of that might be that his methodology is now much more widespread, but Silver is also someone who didn’t really ‘play nice’ with the established media elite: after all, no-one likes to be shown up as not really knowing what they’re talking about by a nerd with a monster computer model.

All that aside, he’s still killing it over at  538 – check out his coverage of the race and especially this recent post on the role of super delegates if you want serious analysis without the gut-feeling, reading the tea leaves bullshit spouted by most of the pundits out there.

Almost Everything in ‘Dr Strangelove’ was True

Eric Schlosser previews his new book about nuclear weapons in the New Yorker. It turns out that Dr Strangelove was pretty much on the money:

A decade after the release of “Strangelove,” the Soviet Union began work on the Perimeter system—-a network of sensors and computers that could allow junior military officials to launch missiles without oversight from the Soviet leadership. Perhaps nobody at the Kremlin had seen the film. Completed in 1985, the system was known as the Dead Hand. Once it was activated, Perimeter would order the launch of long-range missiles at the United States if it detected nuclear detonations on Soviet soil and Soviet leaders couldn’t be reached. Like the Doomsday Machine in “Strangelove,” Perimeter was kept secret from the United States; its existence was not revealed until years after the Cold War ended.

A Festivus for the Rest of Us

The US states of Wisconsin and Florida have Festivus poles installed in their Capitol buildings. And Fox News doesn’t like it one bit:

For the origins of Festivus, see the article linked above and this:

I’d love to see a public ‘airing of grievances’ take place in every parliament before Christmas. 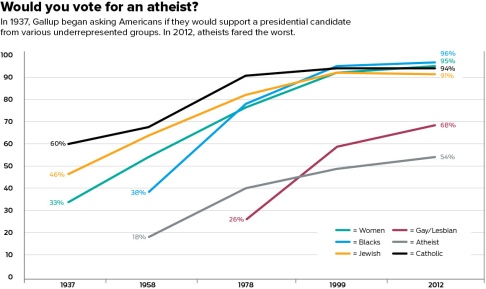 Jennifer Michael Hecht asks why Atheism is seen as such a problematic belief for US lawmakers to hold. 25 years ago being an atheist was a greater black mark, as far as American voters were concerned, than being gay, which is saying something: the late 80s were hardly an enlightened time for gay rights.

In Australia, of course, it’s a non-issue: PM Julia Gillard was open about her lack of religious faith.